A Brief History of Kenai Landing

Where A Rich Past Is Always Present, And Part of A Bright Future

A Fishing Village From The Beginning of Time

The location of Kenai Landing has special meaning to Alaskans—first to the native Indians who settled here, and more recently to the fishers and cannery hands who made this their summer home. The Kenai River has always been one of Alaska’s most prolific salmon habitats. Located at the mouth of the mighty Kenai River, along a ½ mile straight, Kenai Landing is regarded among historians as having unique cultural significance. 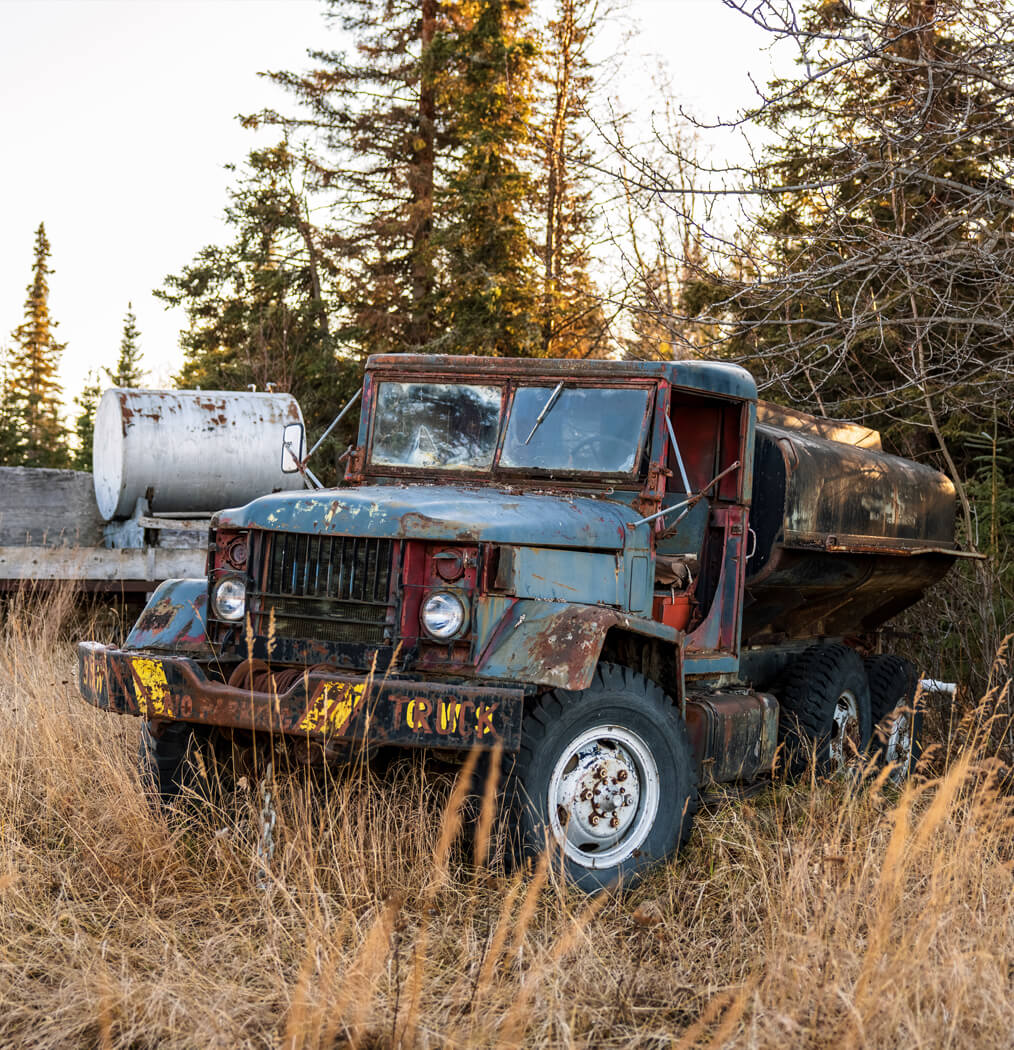 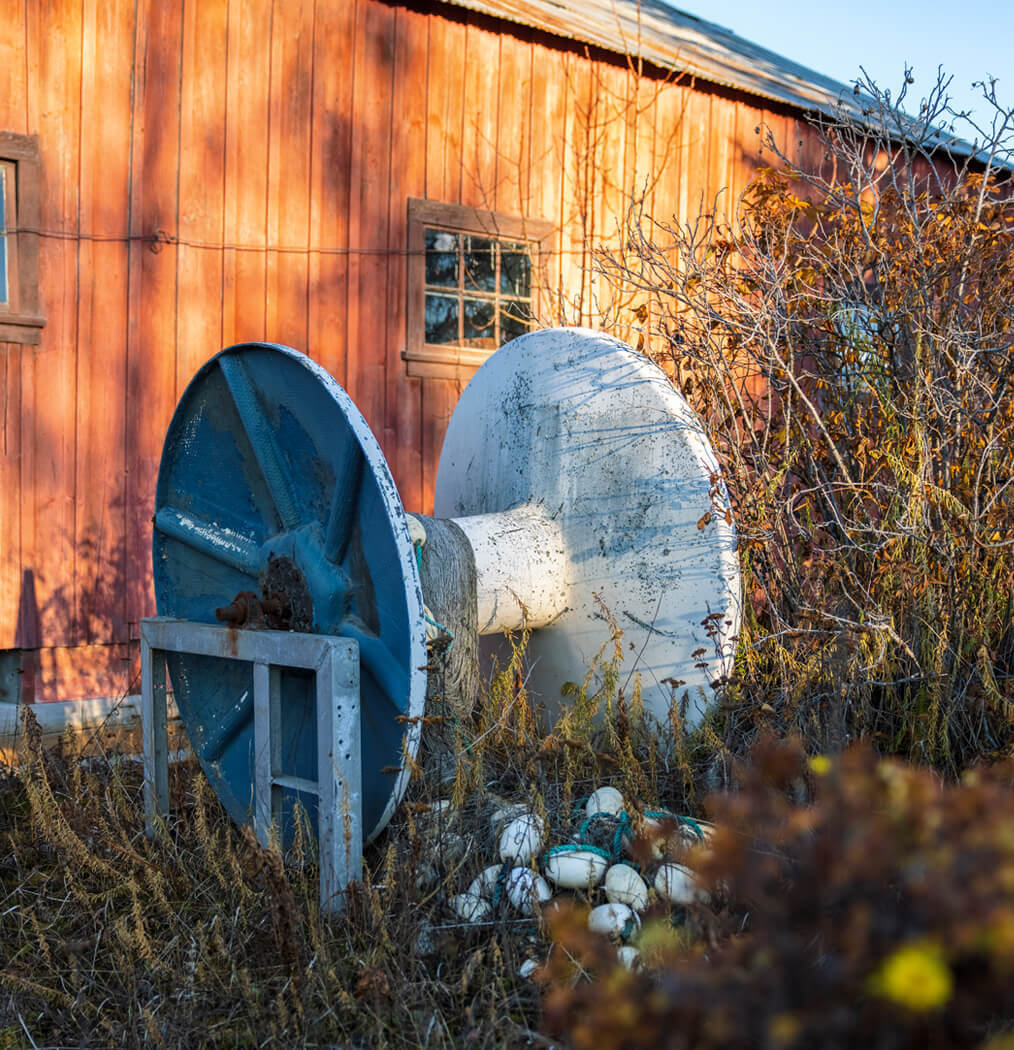 Archiologists have uncovered evidence of two different cultures using the available resources of this location as early as 1,000 B.C.– the Riverine Kachemak tradition (1000 B.C. to A.D. 1000) and the Late Prehistoric Dena’ina (A.D. 1000 to European contact.) Two sizable native villages existed here from pre-European contact until the last one was abandoned in the early twentieth Century, shortly after Alaska’s second cannery was built at the mouth of the Kasilof River in 1882. Since 1912 when Libby McNeil Libby first built on this site, the Kenai Landing location has continued to host seasonal Dena’ina villages and fish camps.

The significance of this site was first identified by the renowned archiologist, Frederica de Laguna, in 1934 when she identified the riverbank location as the historic Dena’ina village of Sa’stin (also named Sustin). A hand-drawn sketch of the Kenai River by de Laguna in 1930 shows the “Libby Cannery” directly adjacent to “Sustin”. According to de Laguna, Sa’stin contained five multi-room house depressions adjacent to the cannery. At the time, De Laguna wrote:

On the south side of the Kenai River, at Libby’s Cannery is the site of Sa’stin. From this site, we obtained a large stone lamp, the gift of Martin Hermensen. According to Mrs. Mann, a Kenai Indian, many old things had been found here, including a small stone lamp, ornamented with the figure of a man in the bowl.

Historians trace the origin and use of these stone lamps to the Riverine Kachemak Tradition dating back 1000 years. Thus, in addition to being a Late Prehistoric Dena’ina village, Kenai Landing appears to host an older Riverine Kachemak component as indicated by these ancient stone lamps. In a 1930 publication, de Laguna described the stone lamp’s discovery location as being 60 feet downstream from the Libby store where the company was excavating the river bank in the vicinity of the old ways.

The Riverine Kachemak tradition has common cultural links with the broader Kachemak tradition found throughout the coastal Cook Inlet and Kodiak Island. The Riverine Kachemak is thought to have close affinity to Yup’ik speaking southwest Alaska and evidence indicates that subsistence relied heavily on river drift net fishing with village sites located on low lying areas at the end of straight river stretches, as exists here. Nets woven from spruce root were placed in the river and guided by canoe or kayak for several hundred meters to a haul-out location before a river bend or rapids (Reger and Boraas 1996).

The Dena’ina appeared on the Kenai Peninsula as non-nomadic fishers just after A.D. 1000; their modern descendants, the Kenaitze, are still here. The Dena’ina developed a complex, clan based re-distributive economy based largely on weir “fish traps”. The village chief distributed the community resources and ensured social harmony. Typically, the Dena’ina lived in local villages with permanent houses, called nichit, widely spaced sometimes over several kilometers usually on a bluff or high terrace above a stream or river.

Between 1791 and 1798, Kenai was the location of a large Russian trading Post, Redoubt St. Nicholas. The Russian presence created hostilities and at least one major battle, after which the victorious Dena’ina retained sovereign control over their territory until the construction of commercial canneries under the sovereignty of the U.S. in the late nineteenth Century. The smallpox epidemic of 1838 decimated the local Dena’ina population, and immediately thereafter a permanent Russian Orthodox Church was established. When the U.S. purchased Alaska in 1867, the U.S. army built Fort Kenay in the same location as the previous Russian fort in order to extend U.S. control over the land and indigenous people. It was not until the influenza epidemic in 1918, which hit small villages particularly hard, that the non-native population exceeded that of the Dena’ina. Modern Historians refer to this era from 1882 to the present as the “cannery era”. The non-Native population began to explode in the 1950’s first with homesteading, then with the building of Wildwood Air Force base, and finally with oil development.

Salmon Canneries were constructed at the mouth of the Kenai River as early as 1888 by the Northern Packing Company. Fish canning technology had been introduced on Oregon’s Columbia River in the 1870’s and was quickly adopted in Alaska. In 1882, Alaska’s second cannery was built several miles south of here at the mouth of the Kasilof River by the Alaska Packing Company out of San Fransisco. Early canneries were profitable and more soon followed: In 1888 the Northern Packing Co. plant at Kenai; the Hume cannery at Kasilof in 1890; the Pacific Steam Whaling Co. plant at Kenai in 1898, and the first Libby, McNeil & Libby cannery in Alaska at the current site of Kenai Landing in 1912. Records from 1912 show the Libby plant produced 36,000 cases of salmon that year. Kenai Landing is therefore highly representative of this “cannery era”

in Cook Inlet, and contains the only original structures from this era on Alaska’s road system.

The physical scale and duration of operations at the Libby cannery suggest that salmon canneries of this era were immensely profitable for many years. A primary factor supporting the profitability of the facilities was the use of fish traps. Huge fish traps that effectively closed off the rivers by herding fish into underwater pens were immensely efficient but favored the commercial canneries to the detriment of local fisherman and native subsistence users.

Large crews of trap builders, typically Scandinavians supplemented by a few local Dena’ina, built and operated large seasonal fish traps that supplied the canneries until statehood in 1959. These early traps consisted of hundreds of local spruce tree piling pounded into the ocean floor and strung with heavy metal mesh to divert the incoming fish. Winter ice and strong tides destroyed the traps and every year they had to be re-built. A 300-700 foot long “leader” or fence diverted the fish from the shoreline where they naturally swim into deeper water where the fish were herded into a 30’ x 50’ “pot” or “heart”. From there, platform-mounted winches lifted massive metal-mesh blankets laden with thousands of fish onto shallow draft scows which then hauled the fish a few miles to a cannery for processing. The infrastructure, labor and machinery required to quickly process hundreds of thousands of 10-pound fish before they rotted created virtual towns like that of modern-day Kenai Landing.

Between 1882 and 1921, processing and canning crews were mostly Chinese and some Japanese, the most reliable source of cheap labor at the time. Between 1921 and 1930, Filipino crews replaced the Chinese. Tin cans were cut from rolled sheets with hand shears and soldered together. Fish were butchered at a rate of 4-6 per minute, cut and placed in cans individually. The tops were then soldered on, the cans cooked in steam-pressured cylinders called “retorts”, cooled and boxed for later shipment to world markets. The military was a major buyer of canned Alaska salmon during this era.

Racial segregation and discrimination were common in early-century cannery life. Chinese, Japanese and Whites almost always had separate housing and eating quarters, while local Dena’ina lived in nearby villages such as Kenai. It was not until after WWII that ethnicity played less a role than gender and age in determining job status. Men performed the work of blacksmithing and retort operation, while women and younger workers performed the more labor-intensive tasks of gutting and de-heading fish using the “iron chink”.

The first Libby plant burned on July 21, 1921 at the height of the canning season, losing everything packed to that date. Captain J.A. Rasmussen, who started work at the cannery in 1913 and became superintendent in 1918, wrote of the accident: “The salmon run was good, and we had a larger than normal pack up to the 21st of July, when the cannery burned to the ground. All of the scows, fish house and canning lines were full of salmon, and it was a sorry mess”.

The cannery was immediately re-built after the fire, adjacent to the original site. The cannery lost 7,000 cases of canned salmon in the fire, but still managed to pack 25,000

cases, netting the company close to ¾ of a million dollars after re-building the cannery in 1921.

One battle that fueled the Alaska Statehood initiative was salmon harvesting rights, and in particular fish traps, which were federally licensed and controlled by large canneries based in Northwest. Fueling the movement of Alaska Statehood in the 1950’s was an almost universal resentment among Alaskans of what they perceived as outside control of Alaska’s natural resources and the economic benefits that bypassed Alaskans. Most of this ire was leveled directly at fish traps and the large canneries that owned them; consequently, one of the first acts of the Alaska State Legislature in 1959 was to out-law fish traps. Following the passage of that law, the Libby, McNeil, & Libby company sold its Alaskan canneries, including the Kenai Plant, presumably because they feared new regulations would render their operations unprofitable.

In 1959, Libby sold the plant to a joint-venture between Columbia River Packers Association and Wards Cove Packing Company which operated under the new name of Columbia Wards Fisheries and which was controlled by the Brindle family of Seattle. In about 1963, the new owners installed equipment to process fish eggs (roe) for the Asian markets and in 1970 a freezer warehouse was constructed. By 1980 two more modern warehouses were added for processing and freezing. In 1983, Wards Cove Packing Company bought out Columbia River Packers, thus dissolving the joint venture, and continued canning under the Ward’s Cove Packing Company name until 1992. Wards Cove expanded the freezer plant in 1995 and installed five aluminum slush tanks with a combined holding capacity of 120,000 pounds of fish.

At the height of production in July, Wards Cove employed 350 employees at one time. Don Brindle worked as freezer production manager for seven years during this time, and later moved to Washington where he became Wards Cove Packing Company’s area manager in Seattle. Faced with increased worldwide competition from farmed fish, low prices and static worldwide demand for salmon, as well as rising competition from local sport fishing interests arguing for greater escapements, Wards Cove made the decision to close the plant in 1999. The plant was sold to Kenai Landing, Inc. in 2004, which attempted to restore the former cannery and re-position the development as a seasonal visitor destination. Home Port developed out of that transition.

Kenai Landing was placed on the Alaska Historic Resources Survey in 1982 and serves as a vital monument to Alaska’s celebrated commercial fishing industry. Until recently, when the buildings were de-constructed, the former cannery was one of the best-preserved canneries in the U.S.

Are you ready to build your dream?

Contact us today for best offer or schedule a visit